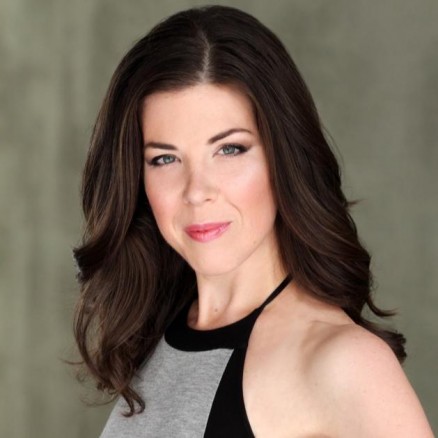 In the 2014-15 season, Mezzo-soprano Katherine Pracht makes her role debut as Sharon Falconer in Elmer Gantry with Florentine Opera; she will sing Jacqueline Onassis in a workshop of David T. Little’s JFK for Opera Philadelphia; then, in the role of Ariel, she’ll sing the World Premiere of Joseph Summer’s The Tempest for The Shakespeare Concerts in Somerville, MA; followed by Covering the role of Baroness Pannonica de Koenigswarter in Charlie Parker’s YARDBIRD commissioned for Opera Philadelphia.  In 2013-14, Pracht made her Carnegie Hall debut as Alto Soloist in Verdi’s Requiem; her debut with Opera Company of Philadelphia as the Third Lady in Die Zauberflöte; sang Der Trommler in Der Kaiser von Atlantis for Central City Opera with the Colorado Symphony and for Chicago’s New Millennium Orchestra; Meg in Little Women directed by David Gately for Opera on the James; two concerts with the Georgia Symphony Orchestra and Chorus singing John Corigliano’s Fern Hill and Prokofiev’s Alexander Nevsky, Alto solos in Elijah for Blacksburg Master Chorale, Mozart’s Requiem for NYC’s Choral Society of Grace Church, and Beethoven’s 9th Symphony with Black Pearl Orchestra.  Pracht’s 2012-13 season began with the role of Mrs. McLean in Florentine Opera’s production of Susannah, followed by the role of Guenevere in Orchestra Kentucky’s Camelot, and Prince Orlofsky in Die Fledermaus with Opera on the James. The 2011 season included her Dallas Opera debut as Stephano in student performances of Gounod’s Romeo et Juliette; followed by a turn as Rosina in Opera on the James’s Il barbiere di Siviglia; and the role of Julia in the World Premiere of Kirke Mechem’s The Rivals for Skylight Opera Theatre. In the 2010 season, Pracht made her international/Radio France debut singing Dorabella in Cosi fan tutte with Lyrique-en-mer Festival in Belle-ile; and her Avery Fisher Hall debut in Schumann’s Scenes from Goethe’s Faust with the American Symphony Orchestra. Ms. Pracht has been a Metropolitan Opera Competition Regional finalist in San Antonio, Memphis, and twice in Minneapolis, where, in 2006, she won the Outstanding Mezzo Award.

Pracht’s 2009 performances included her debut with the Chamber Orchestra of Philadelphia singing the World Premiere of the late John Tavener’s Tu ne sais pas, a concert piece for mezzo, timpani and chamber orchestra conducted by Ignat Solzhenitsyn; the roles of Grandma Josephine and Mrs. Teavee in a workshop of The Golden Ticket with American Lyric Theater; the role of Der Trommler in Der Kaiser von Atlantis with Greenwich Music Festival, followed by the 2010 film presentation of that production at the Westchester Jewish Film Festival at Jacob Burns Film Center; the voice of Third Lady in Atlanta Ballet’s production of Die Zauberflöte; her role debut as Rosina in The Barber of Seville with Skylight Opera Theatre; the role of Guenevere in Ash Lawn Opera Festival’s Camelot; and the role of Hansel in Hansel and Gretel for her debut with Opera on the James.

Pracht’s 2008 performances included her company debut with Florentine Opera as The Page in Salome; the title role in Bizet’s one-act opera Djamileh for the opera’s Midwest debut at the Chicago Cultural Center, the role of Melanto in Greenwich Music Festival’s Il ritorno d’Ulisse in patria; and Alto solos in Messiah with The Bel Canto Chorus of Milwaukee.  In 2007, she performed the title role in The Skylight’s production of David Carlson’s The Midnight Angel; Jo March in Oberlin Opera Theatre’s production of Little Women conducted by Christopher Larkin; Constance in The Sorcerer, marking her Bard SummerScape Festival debut; and Handel’s Cantata Ode for the birthday of Queen Anne for her debut with the Greenwich Music Festival.